Hi Good Vibe Tribe! We have some exciting news for you! We are raising money for our first Kaidra’s Good Vibe Tribe Foundation candidate, Nikki Peterson. Nikki has so many similarities to Kaidra. They both attended NDSU, were physical education teachers, and have two daughters. Nikki has been battling brain cancer since 2001 and her condition has recently worsened. She is focusing on the time she has left, and we want to help support her and her family during this time! We will be sharing Nikki’s story as well as raising money through donations, merchandise, and fundraisers. Head over to the “shop” section of the website to see some of our Nikki Peterson gear. All current donations will go towards Nikki and her family. Also look out for future fundraisers including a gift basket raffle this month with amazing items! 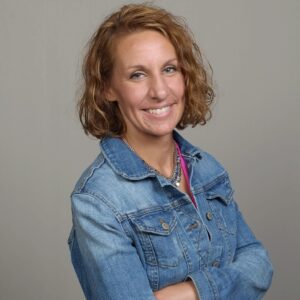 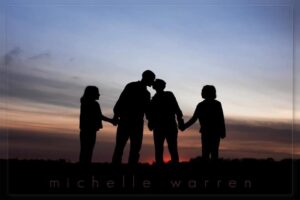 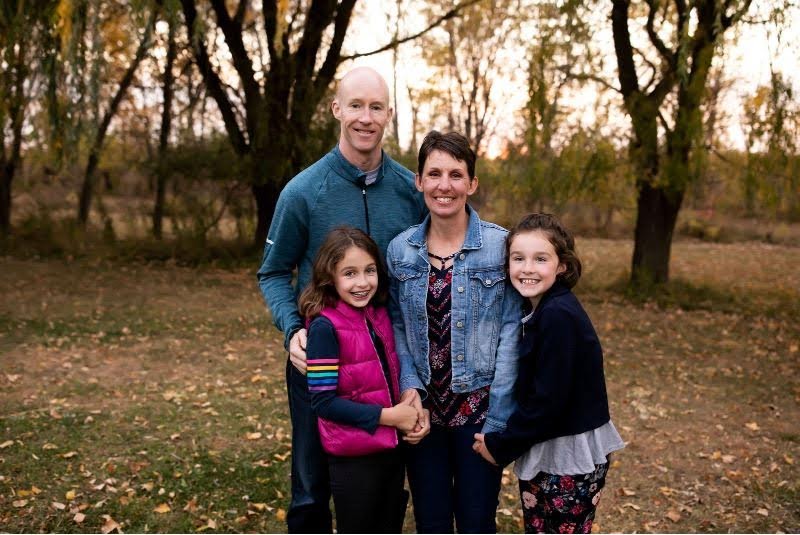 Nikki has been battling an Oligodendroglioma brain tumor and resulting focal seizures since 2001. In 2004, she had more than 90% of her tumor removed (as much as they could safely do at that time) at Mayo in Rochester, Minnesota. Oligos--slow growing, low grade tumors--never stop growing however, and in 2014, she underwent chemo and radiation to treat it. In 2019, she underwent radiation for a 2nd time, along with a "tumor starving" immunotherapy drug called Avastin.

While the past nearly 20 years of battling this tumor has definitely featured plenty of ups and downs, adversity and tough times, Nikki has battled and persevered through it with courage, determination and grace. Through it all, she's been an unbelievable wife, mom, daughter, friend, teacher and role model, enjoying life with her family and friends, despite too often feeling fatigued or downright exhausted, mentally and physically, due to her medications and the cumulative effects of her treatments.

This past summer, Nikki was starting to notice a loss of strength, coordination and memory. Because of that, she decided it was the right time to retire from teaching Phy Ed and Dance at West Fargo High School. In October, the tumor, radiation necrosis (residual effects of 2 separate radiation treatments), or a combination of both, showed up again more noticeably in an MRI. While not surprising, it certainly wasn't welcome news, as treatment options are minimal/non-existent. While she did start back on Avastin again, radiation and surgery are no longer options. So with that being said, she is no longer focused on fighting the tumor, but instead, 100% focused on enjoying whatever time left the Lord blesses her with on this earth. We don't know at this point if that's a few months, many months, a year or beyond. While the progress of the tumor and the radiation necrosis is continuous, it's speed is unknown. We pray it is slow and ask for your prayers for this as well.

We ask for your prayers for Nikki and our family during this scary, uncertain time. But know this...we are not focusing on counting the days, but are turning our anxiety and fear over to the Lord and savoring and cherishing every day we've been blessed with as a family!

Nicole Amy Peterson, 43, West Fargo, ND, died peacefully on July 16, 2021 in her home surrounded by family after a 20-year battle with a brain tumor.

Previous Next
Close
Test Caption
Test Description goes like this